Our National Apprentice Week 2019 apprentice of the year!

For National Apprenticeship week 2019, Axia wanted to give back to one of our fantastic learners who has developed in leaps and bounds as well as shone during all of the challenges that the new apprenticeship reforms have posed throughout the last year.

World-leading Tabletop manufacturer Steelite International apprentice Ryan Barker started his apprenticeship journey after leaving 6th form a year early because the jump from G.C.S.E was a big one, and he didn't feel like it posed the correct journey into work that an apprenticeship would for him. Ryan has just completed his Level 2 in Business Administration with Axia. He said that there was "less pressure, but for a bigger reward"compared to A-levels. He said that the support that he receives from his assessor and employer really helps on this journey because there is a lot to learn, which is key to his success with Steelite. 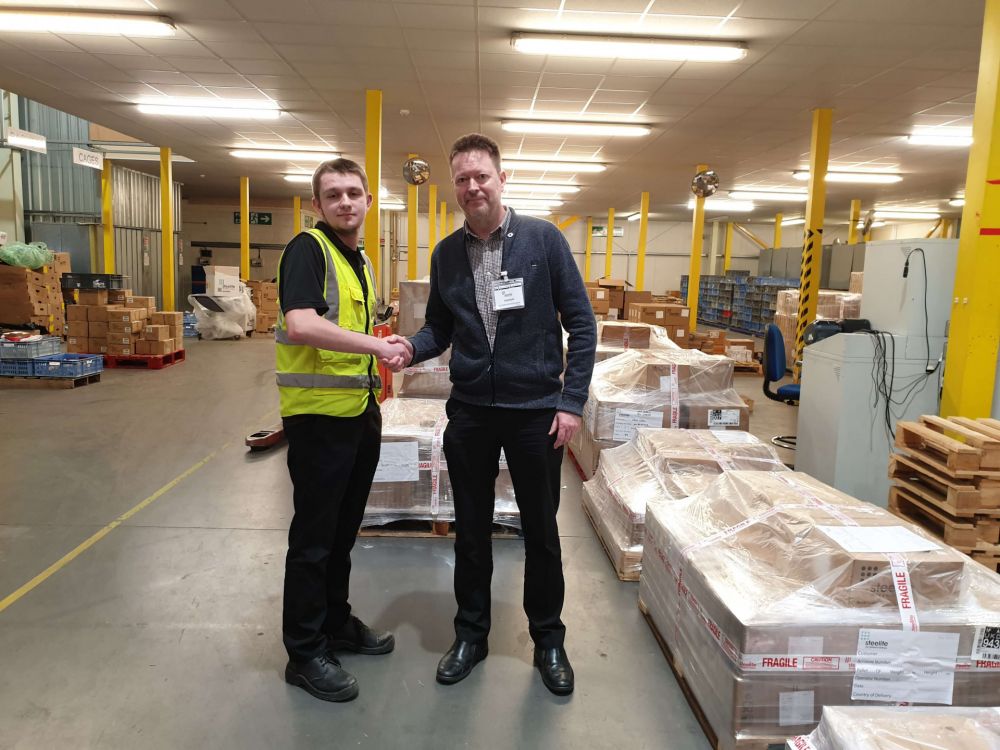 Ryan has lauded the transferrable "Life Skills" that he has received on his apprenticeship journey, including the particular nuances of communicating through email systems. He says that structuring documents so that they come across better to other people is something that has helped him immensely and is something that is so helpful in the work environment.

He said the three way support and feedback model of his bosses and training provider/assessor was fantastic and because of this, he is determined to climb the apprenticeship ladder and go all the way up to level 5 and beyond if he can! Ryan is our learner of the year because of his structure and approach to "off-the-job" training was exemplary and showed what an amazing tool it can be when done to a high standard.

The partnership between Axia and Steelite International goes from strength to strength, with employer engagement being at an all time high. This helps because our Steelite liaison is with ex apprentice superstars like Sean Sutton (Top picture), who has risen through the ranks from level 2 to level 5 and is now the HR Information Systems & Development Coordinator for Steelite, and this only helps our apprentices through programme because the staff know what is done during an apprenticeship and the journey that has been undertaken.

The fantastic news was that Ryan has not only achieved his apprenticeship, he has also been offered a full time position with Steelite International as a shipping administrator. We added to this by gifting him a £50 amazon gift voucher to reward his efforts only to find that Sean and team will be featuring him in the Steelite Global Magazine. Not a bad week for Ryan!